Year of the Pug 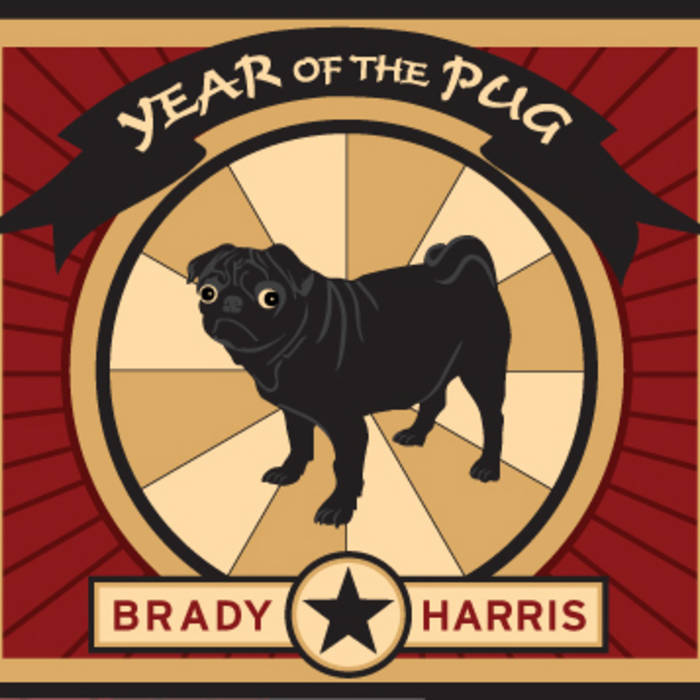 "One of 2010's finest to date...he's the standard-bearer of the sub-sub-genre known as 'Beatlesque Americana'."
- Absolute Power Pop
absolutepowerpop.blogspot.com

8 out of 10 score at Powerpopaholic.com - "Harris puts together a wonderful album..."

Former frontman for the Replacements-inspired Solid Goldsteins, Brady Harris' solo career has diverged from his previous work into a sound altogether more indicative of his Texas roots. Bearing considerable vocal resemblance to John Lennon, Harris crafts moody country-rock with a hard pop edge. Strongly melodic with a confident wit, he combines well-traveled themes with stoic romanticism. Having paid his dues as a starving artist, busking on the streets of Paris and London, Harris found himself in Los Angeles recording one album with his former bandmates before releasing his solo debut in 1997. That album, Next Door to Nowhere, received favorable reviews and was followed by considerable media attention at 1999's NXNW music conference. 1999's Good Luck Stranger was met with near unanimous critical approval, and Harris went on to tour Europe in late 2000. He spent the next two years touring the states where he racked up numerous awards, including $5,000 from the Pontiac Vibe Car Commercial Contest, which helped him finance 2003's highly anticipated Lone Star. —Matt Fink, All Music Guide (www.allmusic.com)

* * * * *
The Texas-bred, Los Angeles based Harris goes on a highly-rewarding musical trip through Beatlesesque pop-rock and singer-songwriter intimacy. –Michael Berick, NO DEPRESSION MAGAZINE

* * * * *
Harris' substantial talents lift him well above those with whom he will be categorized. -Matt Fink, ALL MUSIC GUIDE

* * * * *
More evidence that it's what's lurking beneath the radar that's really important, Brady Harris - following the familiar career trajectory of starving busker (in London and Paris), accidental recordings, critical acclaim (not the least of which came at the NxNW conference in '99) impressive underground success ($5000 from MP3.com) and still no major label deal - has just released his third album, recorded at home with the assistance of a $500 Shure microphone he won for his roots-grass version of Motorhead's 'Ace Of Spades'. Intrigued? Good, for mere words can never do him justice. Ignore, then, the fact that Harris' voice bears comparisons with John Lennon; ignore the fact that he creates a beguiling brand of alt. power country pop, something like Peter Bruntnell massaging Big Star; ignore the fact that Harris can take on Joe Pernice in his own back yard and win. Ignore these words, let your ears do the judging, and you're left wondering where this California-dwelling Texan has been hiding all your life. -Michael Ornadet, LOGO-MAGAZINE (UK)